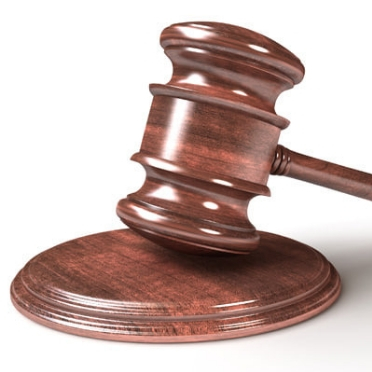 Why do you think these words are relevant to us?  Why is it important to refrain from judging others and allow God to be the one to judge?  Romans 2:1 says, “Now we know that God’s judgment against those who do such things is based on truth.”  When we pass judgment on others, we are assuming the place of God, the only true judge.  It is easy to judge others on their behavior, on their outward appearance, or how they speak.  However, as these verses clearly state, we are not to judge.  There are also other dangers which arise when we are quick to pass judgment.  If we only look at someone and make a quick judgment based on outward appearances, we fail to see the person who lies beneath the surface.  We miss the opportunity of getting to know who that person really is because we’ve formed an opinion based on a quick response.  I shudder to think how many times I’ve missed out on getting to know someone because of false assumptions such as, that person doesn’t share my values, we couldn’t possibly have anything in common.  However, God has asked us to love one another and we are all children of God.  That alone should be an incentive to look beyond outward appearances and get to know the people we encounter every day.

Sometimes people present a positive appearance for all the world while masking pain, hurt, and suffering because sharing these emotions would expose their vulnerability.  When I was teaching high school English, I made it a point at the beginning of a new semester not to elicit comments from teachers regarding students because I didn’t want to prejudge anyone.  However, as a teacher it was fairly easy in the first few weeks school to form opinions about which students needed encouragement, which ones needed extra help, and those who were self-motivated and would quickly rise to the top of the class.

I remember one semester when I assigned the novel,  A Yellow Raft in Blue Water, the story of three generations of Indian women told in the voices of three women: a fifteen year old part black girl searching for a way to find herself; her American Indian mother and finally the grandmother.  The book was chosen as a way to teach point of view and to show that we can’t form an opinion about a character based on limited information, we need to see the whole picture before passing judgment.  After a brief introduction of the book and hopefully a clear understanding of point of view, I assigned the first chapter for homework.  The next day before the start of class, a student arrived early and announced that she had finished reading the book and how much she enjoyed it, particularly because she could identify with it; the story had similarities to her family situation.  I was somewhat taken aback because the mother in the story is an alcoholic and dying from alcoholism.  The young girl standing before me was an A student, a strong leader, someone who was always prepared to contribute to class discussions.  What could she possibly have in common with the characters in the story.  She went on to tell me that she and her three younger siblings were living with their grandparents because both parents were in prison on drug charges.  Her mother was due for parole in several months and she was afraid that she would be released and return to her former life style and eventually end up dead.  No one would ever imagine just by looking at this young girl that this was her reality.  As the weeks went on and the class continued to read the novel and share how their opinions of the characters changed as they learned new information, this young girl never shared her story with the class.  However, I was grateful that she shared her story with me because she taught me an important lesson that day.  I can be quick to judge others and I need to refrain from passing judgment and take the time to truly get to know the real person who lies beneath the outward facade.