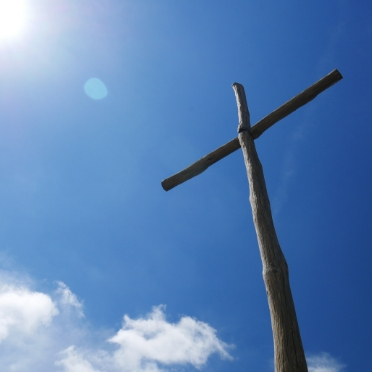 Jesus Christ came into the world with one thing in mind: To love us and wash us from our sins by His blood. He appeared for that reason a baby in Bethlehem, a carpenter in Nazareth, a preacher in Judea, a lamb on Calvary.

In 1846, He reached out with that truth and touched a Scottish man named James Geddie. And Geddie, wanting to touch others, left for the South Seas in 1848.

As his ship lumbered toward the New Hebrides, Geddie meditated on Revelation 1:5, writing in his journal: “My best enjoyments in time, and my prospects beyond the grave, center in the cross, which is the emblem of redeeming love.”

Nothing could have prepared John for the evil he encountered while settling on the island of Aneityum. The inhabitants considered human flesh the most savory of foods, and cannibalism was rampant. Violence, theft, and warfare were common. “If ever we win these benighted islanders,” Geddie wrote, “we must draw them with cords of love. I know of no power that is adequate except the power of the living Christ who ‘loved us and washed us from our sins by His own blood.'”

He combated the darkness by frequently preaching from Revelation 1:5: “Use no weapon but that which our Redeemer uses, the weapons of love. Let us constantly keep our hearts upon Him what loved us and washed us from our sins.”

His journal for February 9, 1849, states: “In the darkness, degradation and misery that surrounds me, I look forward in faith to the time when some of these poor islanders will unite in the triumphant song of ransomed souls, “Unto Him that loved us and washed us from our sins in His own blood.’ “

He lived to see it happen.

Geddie died just before Christmas, 1872, and a tablet was afterward installed in his island church: “In memory of John Geddie … Missionary from Nova Scotia to Aneityum for twenty-four years. When he landed in 1848, there were no Christians here, and when he left in 1872, there were no heathen.