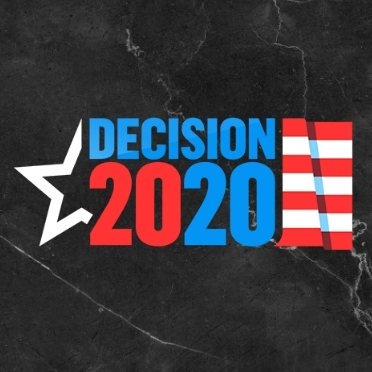 We the People of the United States, in Order to form a more perfect Union, establish Justice, insure domestic Tranquility, provide for the common defence, promote the general Welfare, and secure the Blessings of Liberty to ourselves and our Posterity, do ordain and establish this Constitution for the United States of America.
~ preamble to the U.S. Constitution

The United States has had one constitution for its entire 231 years of existence. Yes, the original 13 Colonies declared their independence from Great Britain in 1776, but our government was officially established with the ratification of our Constitution. Written in 1787, ratified in 1788, and put in operation in 1789, our Constitution is the longest surviving written charter in the world. In comparison, between 1789 and 1958 France changed constitutions 15 times. Spain has had seven constitutions since 1812, and Portugal has had six since 1822.

The beauty of the U.S. Constitution is revealed in its first three words: “We the people . . .” The power of our government is given by the citizens of our nation. This is why Abraham Lincoln described it as “government of the people, by the people, and for the people” in his Gettysburg Address. This government was the first of its kind — the idea that the common citizen could govern themselves was a revolutionary thought (no pun intended!). Think about it: in 1789 nations throughout Europe were ruled by kings. This new republic called America had no king, no aristocracy, no nobility. “We the people” had never been done before; common citizens formed their own government.

This is not a civics lesson, but the meaning of “we the people” has changed over the past 231 years. When those words were first written they did not include Native Americans, slaves, and, in most cases, free Blacks. When those words were written women were not allowed to vote. As wonderful as those three words are, “we the people” reminds us that our nation was not perfect, and is still not perfect. This is why our nation is still called “The Great Experiment”; it is still a work in progress.

Now we are “We the people”, and we are blessed to be part of this “Great Experiment”. We have an opportunity, once again, to take a part in choosing our leaders, to make sure our government remains by the people, of the people, and for the people. Once again we get to practice our constitutional liberty by casting our vote. As citizens, and as Christians, we have a duty to take part in this wonderful privilege of voting for our leaders.

I turned 18 in 1980, an election year. I registered as a democrat, and I was so excited to vote! I voted for Tom Lantos to serve as U.S. Representative and Ronald Reagan for President. Both candidates won, and I thought I knew it all. Two years later I voted for our governor for the first time. I cast my vote for Tom Bradley and he lost by only 100,000 votes. I was so bummed!

During that time I took a political science class in college and the professor said something that changed my political thinking. When a student complained that she did not like the two choices for president in the 1980 election he explained rather forcefully, “What do you mean two candidates? There were candidates from the Libertarian Party, The American Party, . . . .” He went on to list about five other parties that were on the ticket. This changed my entire way of thinking.

I no longer belong to a political party, and I do not always vote for the Democrat or Republican candidates. I have used my right as part of “We the people” to vote for a third party candidate, and on occasion I have even written in my choice for president. I have had people tell me, sometimes angrily, that I am wasting my vote that way, but I disagree. My vote is my vote. As part of “we the people” I am free to make my choice for whom I believe would make the best leader based on my own conscious. This is one of the greatest parts of being part of this great nation.

Having said all of that, let us make sure to vote on November 3. If you have not registered, it is not too late. If you choose not to register, that is your right as part of “we the people”, but just remember that there are millions, perhaps billions, of people around the world who do not live in a country of “we the people”, and do not have the right to vote. Let us not forget what a privilege we have. And make sure you pray over your choices. Do your research, and choose the candidate you believe God would have you vote for. Get past your emotions, and look at the issues with an open mind. Our ballot has candidates from the American Independent Party, Green Party, Libertarian Party, Demo-cratic Party, Republican party, and Peace and Freedom Party. We have a candidate nicknamed Rocky, and another one nicknamed Spike. Kanye West is a vice presidential candidate, and two par-ties have nominated a woman for president. What a great country!

But let’s never forget how fragile our liberties are. When we declared our independence from Great Britain we proclaimed that our rights and liberties come not from government, but from our Creator. Yet our liberties are always being threatened, and preserving our freedom is a constant battle. In a famous speech in 1964, Ronald Reagan said, “Freedom is never more than one generation away from extinction. We didn’t pass it to our children in the bloodstream. It must be fought for, protected and handed on for them to do the same, or one day we will spend our sunset years telling our children and our children’s children what it was once like in the United States where men were free.” This is exactly why we vote.

However, true freedom comes not from a constitution or a political party, but from knowing Jesus Christ as both Savior and Lord. Jesus said, “I tell you the truth, everyone who sins is a slave to sin. Now a slave has no permanent place in the family, but a son belongs to it forever. So if the Son sets you free, you will be free indeed” (John 8:34-36). The greatest choice we will every make is not made at the ballot box; our greatest choice is made at the foot of the cross of Calvary. Do you know the Son? Do you know true freedom — the freedom that comes from knowing God? You can know that today by asking Jesus Christ to be your Savior and Lord. He will remove your slavery to sin and set your spirit free, making you part of a new “we the people” — the people of God.

God bless you. See you at the ballot box!