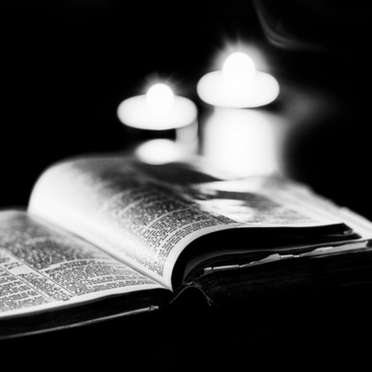 Ash Wednesday was on February 17, 2021. This date started the season of Lent. As Christians, we usually give up something for this season and replace it with prayer or reflection, just as long as we give praise and honor to God while doing it.

Just about a year ago, Pastor Mike did a sermon on the subject of lent during his “2020 focus” series. He was mostly talking about fasting, but that is still something you can do to celebrate lent —replacing a meal with prayer and reflection.

With the season of lent now in progress, there is an interesting thought, “Should we still be giving up something for Lent?”. This month’s issue will look into this in-depth. The theme verse for this is something I found during my celebration of Lent in my Bible App. It comes from Proverbs.

“To do what is right and just is more acceptable to the Lord than sacrifice.” -Proverbs 21:3 NIV

We always try to hit that first part of the verse through our daily walks with God, doing what is right and just. However, the point of putting this verse here is the second part of that verse. This is because that it sounds like a contradiction to what lent is about, which, as said was giving up something — usually for 40 days, and using that time for prayer and reflection. Through this, we are hitting that keyword: Sacrifice.

“So, if doing what is right is more acceptable to the Lord, why do we still celebrate lent?” You might be thinking. A 2009 article on the Religions page from the BBC gives an interesting answer.

“Whatever the sacrifice it is a reflection of Jesus’ deprivation in the wilderness and a test of self-discipline.”, the article reads.

So we do this sacrifice because we are reflecting on when Jesus was tempted in the bible by the devil, and fasted for 40 days. Wikipedia cites a book by Michael David Coogan called A Brief Introduction to the Old Testament: The Hebrew Bible in Its Context, which gives three bible verses where this is featured: Matthew 4:2, Mark 1:16, and Luke 4:2.

So, to sum up, we are not necessarily sacrificing, merely reflecting on those 40 days Jesus suffered, and Jesus suffered for us on the cross, so we sort of do the same in the reflection of that suffering.

Now to answer the question at hand, should we still be giving up something for lent?

Technically, we don’t necessarily need to. An article from the United Church of God explains it quite well. They first explain a verse in the book of Ezekiel (specifically 8:14), where it talks about the pagan holiday “Tammuz”. They cite a quote from their commentary of Ezekiel 8 that explains this further.

“It has been suggested by some scholars that the practice of “weeping for Tammuz” was the actual origin of Lent, the Roman Catholic 40-day period of abstinence prior to Easter (starting after Mardi Gras, “Fat Tuesday,” on Ash Wednesday).” The commentary reads.

They then go on to explain this further. “The Bible does teach the importance of fasting and self-examination, but it does not teach a 40-day period called Lent or an Ash Wednesday of putting ashes on the forehead. These customs appear to have pagan origins…” they say.

They mention the pagan origins because, as explained in Ezekiel, Tammuz was a pagan god.

If you were to ask me though, I would say yes. This is because we have an opportunity, even in the times when we’re all in quarantine to still put aside some time of reflection to the Lord, and to dive into His word, and pray.

So, to all, happy Lent, whether you do decide to celebrate or not. Remember, we are not sacrificing something for this season, we are merely giving something up, or to paraphrase United Church of God, abstaining from something to reflect on the 40 days that Jesus suffered in the wilderness.