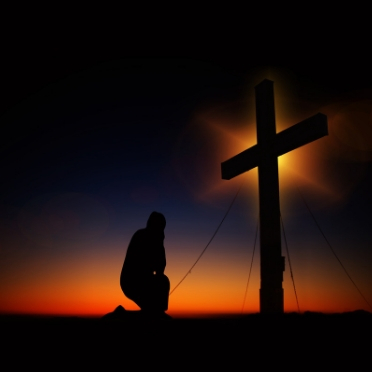 “When he came to his senses, he said, ‘How many of my father’s hired servants have food to spare, and here I am starving to death!  I will set out and go back to my father and say to him: Father, I have sinned against heaven and against you.  I am no longer worthy to be called your son; make me like one of your hired servants.’  So he got up and went to his father.  “But while he was still a long way off, his father saw him and was filled with compassion for him; he ran to his son, threw his arms around him and kissed him.”       Luke 15: 17-20

In the previous verses, we read about the “Prodigal Son”, a familiar story about a son who wanted to go his own way and live his life apart from his father.  Asking for his share of his father’s estate, he left home and soon squandered his inheritance and reached rock bottom.  It was at this point that he had to make a decision, he could either continue in his current situation or return to his father, admit his wrong, and ask forgiveness.  When he returned, he found his father waiting for him with compassion ready to welcome his back.  This is so reminiscent of our relationship with God.  So often, we want to live our own life, make our own decisions apart from God.  Usually it doesn’t take long for us to get into trouble, our plans go awry, and we need help.  Hopefully, we come to our senses and face a decision, do we continue in the mess we have created, or do we admit our sins and come back to the Father asking for forgiveness.  This can be very difficult to do for we often allow pride to get in the way, refusing to admit that we were wrong.  Sometimes we are afraid that because of our sin, God won’t forgive us.  However, the characteristics of the father in the story of the Prodigal Son are the same characteristics we see in our Heavenly Father.  God has given us free will and allows us to make our own choices, just as he allows us to deal with the consequences of those choices.  When we have turned away and rejected God, He patiently waits for us to come to him, to admit our sins, and to ask for forgiveness.  It is important to note that when we come to God in this manner, He doesn’t condemn, He doesn’t reprimand, He doesn’t say, “I told you so”.  Instead, He meets us with love and compassion.  How wonderful  to have a Heavenly Father who loves us so much that he patiently waits for our return.