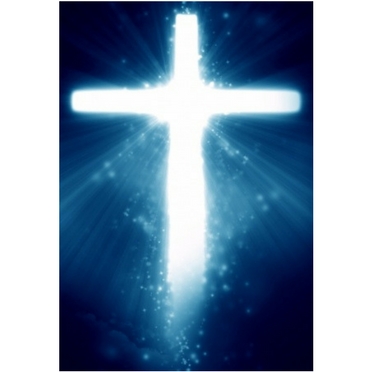 It is the time of year when we contemplate the resurrection of our Lord Jesus Christ. By the time you read this our Good Friday observance and our Resurrection Sunday Celebration have already taken place. On Good Friday we met in the Fellowship Hall, broke bread together and celebrated a type of “Last Supper”. Instead of washing each other’s feet we symbolically washed one another’s hands, took communion, and then went into the church where we read Scripture and sang hymns reminding us of our Lord’s betrayal, arrest, and crucifixion.

We met again two days later on Sunday to celebrate our Lord’s resurrection. We sang songs of joy and victory, and the choir sang with passion and conviction. We read from Mark 16:1-8, focusing on how God rolled away the stone from the tomb so the women could see the empty tomb. The sermon title was Resurrection Rock-nRoll, and we were reminded that God still rolls away the rocks that Satan places in our lives to discourage us and make forget that the tomb is empty. Praise God for the victory we have in the empty tomb! He is Risen!
He is risen indeed!

Here are some Resurrection devotions that I found to be meaningful:

What the Resurrection Means to Us
by Greg Laurie

For as in Adam all die, even so in Christ all shall be made alive.—1 Corinthians 15:22

What does the resurrection of Jesus mean to you? What does it mean to me?
First, it assures our future resurrection. Because Jesus both died and rose again, we will be raised like Him. 1 Corinthians 15:20 says, “But now Christ is risen from the dead, and has become the firstfruits of those who have fallen asleep.” The word “firstfruits” speaks of a sampling, a foretaste, a glimpse. Jesus is the firstfruit.

Jesus has died and has risen, so we know that our resurrected bodies in some way will resemble His resurrection body. To what extent, we cannot be certain. But if they were completely like His, it would mean that we would be clearly recognizable.

Second, the resurrection of Jesus is a proof of future judgment. Now that may not sound all that exciting, but it’s something we need to know. We live in a society, and indeed a world, in which justice is often perverted and neglected. We look at things that happen and say, “How can that be? How could that happen?” The Resurrection means, among other things, that God’s justice will ultimately prevail.

Third, the resurrection of Christ gives us power to live the Christian life (see Romans 8:11). Certainly the Bible does not teach that we will be sinless in this physical body we now live in. On the other hand, we can sin less, not by our own abilities, but by the power of the Spirit.

Christ can make us altogether different kinds of people. We must believe that. “Old things have passed away . . . all things have become new” (2 Corinthians 5:17).God can give you the power to live this Christian life.

The Power of Resurrection
by James MacDonald

For the followers of the Lord Jesus Christ, Jesus’ resurrection is the most powerful event in history. All that we ascribe to, all that our life and worship is about is based upon this foundational piece that Jesus Christ rose from the dead. Nothing short of God provides power like that.

Does your life lack power? Is there much you would like to accomplish but you don’t have the capacity and strength to do it? Maybe you can’t break the chain of a sinful habit or overcome fear or anxiety or be the man or woman that God created you to be. Whatever it is—habit, circumstance, or need for growth . . . Jesus Christ can change your life. His resurrection is evidence of the power to prove that.

Let’s make it personal.Luke 24 gives us a glimpse into the lives of three women who were the first to hear of the Easter miracle. Jesus died late on a Friday afternoon and we join them early Sunday morning while it was still dark. As their final act of devotion, the grief-stricken ladies made their way to Jesus’ tomb to prepare His body for burial. They were shocked to find the stone rolled away from the entrance and His body gone. All their emotions crashed around them. They didn’t know what to do. Suddenly two angels stood before them, asking, “Why do you seek the living among the dead? He is not here, but has risen” (v. 5).

I can imagine these ladies kneeling, trembling, and then being asked such a pointed question. Can you imagine how their hope began to rise as the angels said, “He is not here but He is risen. Remember how he told you . . .” (Luke 24:6). Overwhelmed by their circumstances they had forgotten what Jesus had promised—the three most powerful words ever spoken: I will rise.

All it took for their confusion to lift was to remember His Word (v. 8).

To you who are suffering under the weight of a difficult situation, I write today with this same message: Jesus has risen and He wants to bring the power of His resurrection to bear upon whatever you’re facing. Do what these ladies did: Believe what He said. Take Him at His Word. Remember His promises.

The resurrection of Jesus Christ is proof that God will do what He said. Rehearse God’s faithfulness in what He did on that pivotal, powerful morning and be filled with faith at how He is still at work today in your life.

John 11 records the raising of Lazarus from the dead, one of the best-known miracles of Jesus. And yet when you read the story in its entirety, you see the great detail John recorded in order to put us in Bethany that day. Take, for example, the fact that Lazarus had been in the grave for four days. That’s pretty significant; a detail that John purposely included.

Jewish folklore said that the soul would hover above the body for up to four days after death, looking for signs of life and a chance to return. But after four days of death, there was no hope. Decomposition sets in, and the body begins to decay.

The smell of rottenness and lifelessness. It’s a sensory reminder that the situation was beyond repair. But Jesus wasn’t afraid of that smell. He strode boldly to the tomb and commanded that the stone be rolled away. But there were protests. “Lord, he already stinks. It’s been four days,” said the grieving sister.

“Don’t roll the stone away. It’s going to stink. Let us leave him alone; what good is there in confronting that smell? The smell of death?”

But Jesus isn’t afraid of that smell. He inhales it deeply and then breaths it back out. He’s not afraid of it because He won’t abide it. He reaches into the smell of death and produces the fragrance of life. He did it with Lazarus;

He did it with me; and He’s doing it countless times every day.
We recoil at the smell of death. Our stomachs turn. Bile comes up in our throats. But Jesus? Jesus beats back the stench of death with the fragrance of life.

And the dead come forth …

Where is your sting, death? That’s what Paul asked. He asked because the sting is nowhere to be found. Jesus confronted it and won. Because He did, He’s not repulsed by the seeming stench of death. In that smell, Jesus sees the potential for new life.

The Joy that Invades Our Hearts
by Elizabeth Sherrill

Only a week had passed since that triumphant Palm Sunday entrance into Jerusalem—but what a difference in the little procession that set out now! No cheering crowds, no waving branches. Just a few silent women setting out in the gray dawn to perform the last sad rites at the tomb.

The day that changed human history was not a public occasion but a private one. The day when everlasting life broke into earthly time began not with celebration but with tears.

This is still the way Easter breaks into our lives—when we least expect it, when all seems lost. That’s when the stone rolls away and the angel speaks and “death is swallowed up in victory” (1 Corinthians 15:54)

If it seems too good to be true, this joy that invades our hearts, it seemed so on the first Easter morning too. Mary Magdalene could not believe what her eyes were telling her; she took Jesus to be a gardener at work early among the graves. Preoccupied with her loss, she barely glanced at the figure standing before her on the path. She had a mournful task to fulfill and—

There in the first light of dawn, Mary stood still. That voice…that tone of loving involvement. This was the moment, the moment when Jesus called her by name, that Easter broke like the sunrise into her heart. It is how we recognize Him still. The risen Jesus calls us so personally, comes into our lives to individually, that with Mary Magdalene, we cry out in glad recognition.

And then we do what the women did on that first Easter Sunday. Dropping their spices and ointments, the burdens of their sad errand, they rushed to tell the others. They set the pattern, these women who were first at the empty tomb, the two-fold pattern of the Christian faith newborn that Easter morning. They met the living Jesus. And they brought the good news to those who grieved.

That’s always our role, when it’s Easter in our lives; to tell someone else that He is risen.

May the joy and the power of the resurrection fill you and guide you.