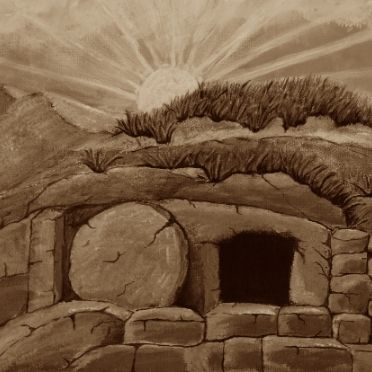 Every couple of years I use this page to share a few quotes regarding the resurrection of our Lord and Savior Jesus Christ. I hope these bless you as much as they have blessed me — especially the quote from Charles Colson!

The New Testament writers speak as if Christ’s achievement in the dead was the first event of its kind in the hole history of the universe. He is the ‘first fruits,’ the pioneer of life,’ He has forced open a door that has been locked since the death of the first man. He has met, fought, and beaten the King of Death. Everything is different because He has done so.”

No matter how devastating our struggles, disappointments, and troubles are, they are only temporary. No matter what happens to you, no matter the depth of tragedy or pain you face, no matter how death stalks you and your loved ones, the Resurrection promises you a future of immeasurable good.

I know the resurrection is a fact, and Watergate proved it to me. How? Because 12 men testified they had seen Jesus raised from the dead, then they proclaimed that truth for 40 years, never once denying it. Every one was beaten, tortured, stoned and put in prison. They would not have endured that if it weren’t true. Watergate embroiled 12 of the most powerful men in the world-and they couldn’t keep a lie for three weeks. You’re telling me 12 apostles could keep a lie for 40 years? Absolutely impossible.

This year, I want to let the reality of Easter reach beyond just one Sunday. I desperately need the truth of Jesus’ sacrifice to settle in to the deepest places of my heart. I don’t know what hard realities you’ve been facing lately, but I have a suspicion that maybe you can relate to this same sense of desperation.

I know what glorious things this Holy Day says to the world at large. But what does Jesus want me to know, to think about, to wrestle through at this time of year? This season of new beginnings. Of resurrection. Of healing.

So, I’m asking the Lord to specifically reveal and heal things within me in these days leading up to Easter. After all, Easter is no longer a ritual to me. It’s a revelation. A time where Jesus splits my soul along the fault line of a scar deep within to bring dead things alive. Places where there’s been a wounding but not yet a full healing. Places where I’m not living fully alive in Christ.

But first, I must take time to ask Jesus to reveal what needs to be resurrected within my heart this year.

Is it a more passionate intentionality to replace complacency that can so easily creep in to my Scripture study and prayer time?

Is it a deeper sense of trust in God to replace fear that holds me back and sometimes holds me hostage? Is it forgiving someone who’s hurt me deeply but has never recognized they did so?

This is why I must look to Jesus. Because to Jesus … I was loved so much that He gave His life for me. It feels so personal. Even though I know God so loved the world that He gave His Son, it becomes very individual if we let it.

The resurrection of Jesus Christ is the single greatest event in the history of the world. It is so foundational to Christianity that no one who denies it can be a true Christian…A person who believes in a Christ who was not raised believes in a powerless Christ, a dead Christ. If Christ did not rise from the dead, then no redemption was accomplished at the cross and “your faith is worthless,” Paul goes on to say; “you are still in your sins” (1 Corinthians 15:17).
If Christ was not raised, His death was in vain, your faith in Him would be pointless and your sins would still be counted against you with no hope of spiritual life.