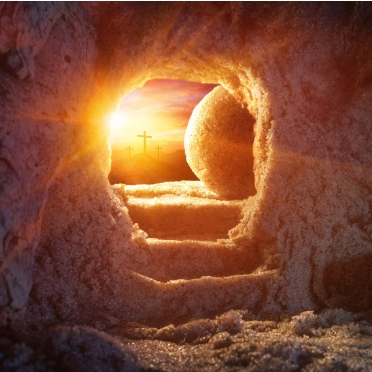 Over the past several years movies dramatizing Biblical events have been produced by both Hollywood and television studios. Exodus: Gods and Kings, Noah, Son of God, and AD: The Bible Continues are just a few. There have been a number of Christian-themed movies produced recently as well. Hollywood has finally become wise to the huge population of movie-goers who desire to see these types of films.

One of the most frustrating elements of these movies are the “liberties” taken by the writers and directors when bringing Scripture to the screen. The 2014 movie Noah starring Russel Crowe is a good example of this. The narration explains that on the 2nd day of creation God created angelic beings called “Watchers”. They watched over creation, including Adam. When sin entered the world the Watchers wanted to descend to earth to help mankind in their struggle to overcome the curse. God refused, but some of them disobeyed.

When the rebellious Watchers touched down on the planet they lost their angelic forms and became encrusted with the elements of the earth. Once they were beings made of light, and now they were cursed alongside of humankind. Encrusted with earth and rock, they looked like giant rock monsters. They continued to watch over humans. In the movie they help Noah build the ark.

This is exactly how to turn a bad movie into a lousy movie.

Biblically-themed movies within the horror genre are even worse. They often portray a battle raging between heaven and hell, with the forces of evil usually prevailing. The two biggest mistakes these movies make are:

How do we overcome evil? How is Satan and the powers of darkness defeated? This is what Easter is all about.

Easter reminds us of how Jesus overcame the power of sin, death, and hell. Jesus did not go “toe-to-toe” with Satan, trading punches, drop-kicks, and body-slams until Satan finally gave up. Nor did Jesus send an army of 10,000 angels to confront 10,000 demons to wage warfare in an epic confrontation that might have looked like one of the great battle scenes in Lord of the Rings.

Instead, Jesus defeated sin, death, and hell forever through love. Scripture tells us that the result of sin is death:

Therefore, just as through one man sin entered into the world, and death through sin, and so death spread to all men, because all sinned. Romans 5:12

For the wages of sin is death, but the free gift of God is eternal life in Christ Jesus our Lord. Romans 6:23.

But because of his great love for us Jesus, The Messiah, the Son of God took our place and died the death we deserve, taking the punishment for our sin upon himself. 2 Corinthians 5:21 states: God made him who had no sin to be sin for us, so that in him we might become the righteousness of God. It was not physical might or “magical” supernatural powers that defeated Satan. It wasn’t an incantation from an ancient book that sent Satan and his demons back to the abyss from whence they came. No, it was the love of God through the grace of Jesus defeated Satan. That story might not sell many movie tickets, but it rescues us from sin, and for that we give glory to God!

As we celebrate the Resurrection and the empty tomb this Easter season let us remember that our power is not of the flesh. The Resurrection Power that we have in Christ enables us to confront evil with the same love and humility that Jesus showed us. The power that the Holy Spirit gives us strengthens us to resist temptation, and it enables us to love, serve, sacrifice, and show compassion to others, sharing with others the grace that Jesus has given us.

The power of the Resurrection is given to us. This is the strength we have to overcome evil with good (Romans 12:21). We demonstrate our victory of sin, death, and hell by loving others. This may not make for exciting Hollywood movies, but it makes for a life of victory and joy.

Have a blessed celebration of the Resurrection. Hope to see you on Easter!