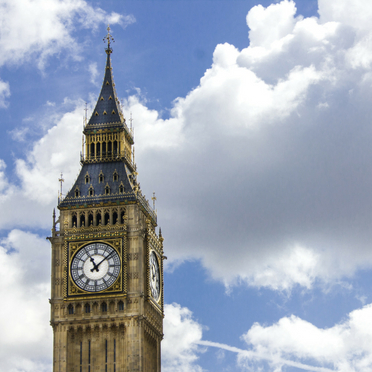 What is humankind’s first sin? Most of us would say disobedience. God told Adam and Eve not to eat of the tree of knowledge of good and evil (Genesis 3), yet they did anyway.

1 Now the serpent was more crafty than any of the wild animals the God had made.
He said to the woman, “Did God really say, ‘You must not eat from any tree in the garden’?”
2 The woman said to the serpent, “We may eat fruit from the trees in the garden, 3
but God did say, ‘You must not eat fruit from the tree that is in the middle of the garden,
and you must not touch it, or you will die.’”
4 “You will not certainly die,” the serpent said to the woman. 5 “For God knows that when
you eat from it your eyes will be opened, and you will be like God, knowing good and evil.”
6 When the woman saw that the fruit of the tree was good for food and pleasing to the eye,
and also desirable for gaining wisdom, she took some and ate it. She also gave some to her
husband, who was with her, and he ate it. 7 Then the eyes of both of them were opened, and
they realized they were naked; so they sewed fig leaves together and made coverings for
themselves.

Eve knew God’s command when the tempter approached her. What convinced her to cross the line was the temptation to “be like God” (vs. 4). I believe that it was pride that led both Adam and Eve to disobey God’s command. In their pride they desired, in a sense, to be their own god. The idea that they could determine for themselves what is good and evil was stronger than their desire to live in harmony with their Creator, so they chose pride over obedience. By eating of the fruit they were telling God that they did not need Him and they can govern their own lives.

It is believed that it was the sin of pride that led the angel Lucifer to rebel against God and caused God to cast him out of heaven (Isaiah 14:12-15; Ezekiel 28:12-17). These passages are prophecies against earthly kings, but many scholars believe the use of imagery describing God’s heavenly realm equates their downfall with Lucifer’s.

I write this immediately following Pride Weekend. I am not judging or condemning anyone or any particular lifestyle, but every June the word pride seems to be everywhere. Posters, television commercials, t-shirts, event flyers and other advertisements announce Pride Month, Pride Weekend, and Pride Events with the word pride in big, bold, rainbow print. Millions of people around the world participate in pride parades. Pride is celebrated. Pride is promoted. Pride is embraced.

Psalm 10:4 — In his pride the wicked man does not seek him; in all his thoughts there is no room for God

Proverbs 11:2 — When pride comes, then comes disgrace, but with humility comes wisdom

Proverbs 16:18 — Pride goes before destruction, a haughty spirit before a fall

However, there are several passage where the NIV uses the word pride in another way:

2 Corinthians 7:4 — I have spoken to you with great frankness; I take great pride in you. I am greatly encouraged; in all our troubles my joy knows no bounds

Galatians 6:4 — Each one should test their own actions. Then they can take pride in themselves alone, without comparing themselves to someone else

There are several more. Paul’s use of the word pride is to demonstrate God’s work within a church or a person’s life. Paul boasted of the Corinthian church because of their willingness to give generously of their finances to help the believers in Jerusalem during a time of need. Whenever Paul speaks of boasting it is to boast of the redemptive work the Lord has done in his life or in another’s. It is a reminder that our salvation does not come from within ourselves, and we boast in, or take pride in, what God has done in our lives.

The difference in the use of the word pride seems to be the focus of our boasting. When we boast in ourselves, pride becomes self-centered. This type of pride is preoccupied with self, and when self becomes the center of our attention our desire is no longer to love God or to love others. Instead, self becomes an idol to be worshiped and adored. When we boast in the Lord, our focus is on the goodness and the power of God. We recognize God’s sovereignty, and we submit to His supreme authority.

As followers of Christ we are to reject the temptation of human pride and instead pursue a life of humility. Paul writes in Phillipians 2:5-11: In your relationships with one another, have the same mindset as Christ Jesus:

6 Who, being in very nature God, did not consider equality with God something to be used to his own advantage;
7 rather, he made himself nothing by taking the very nature of a servant, being made in human likeness.
8 And being found in appearance as a man, he humbled himself by becoming obedient to death—even death on a cross!
9 Therefore God exalted him to the highest place and gave him the name that is above every name,
10 that at the name of Jesus every knee should bow, in heaven and on earth and under the earth,
11 and every tongue acknowledge that Jesus Christ is Lord, to the glory of God the Father.

With pride there is no room for God. Pride is the greatest temptation Satan throws at us because pride shifts our attention off of God and onto our selves. When that happens our own self becomes the focal point of our lives. Pride will always seek to serve our own self first.

Instead of being self-centered we are called to be God-centered. Our focus is to be on loving God, obeying God, worshipping God, serving God. When we look upward to God, He will direct our focus outward to serving others. Let us, therefore, seek to follow Jesus’ example of humility and humble servanthood. Let us strive to center our lives on loving God which will then result in loving others. If we boast, let us boast in the Lord.