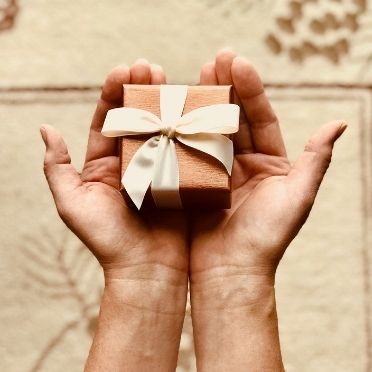 A few sermon series ago, Pastor Mike was talking about spiritual gifts. As a theme verse, he used 1 Corinthians 12:7-11, which says:

We all have some sort of spiritual gift, that was graciously given to us by God, whether it be one of those mentioned in the verse or something else, which is used for “the common good”. That said, there is one question that must be asked.

How are we using our gifts? Are we taking them for granted, or are we doing as God’s word says, and using them for the common good?

To answer this, let’s dive into what is meant by the “common good”. In doing some research, I found that The Message version of 7:1 explains it the best.

“Each person is given something to do that shows who God is: Everyone gets in on it, everyone benefits.”

Basically, “the common good” is doing something that benefits everybody, not just yourself. When you take your spiritual gift for granted, and you use it to benefit yourself, you’re not really showing who God is.

There is a perfect example of this in scripture. In the book of Exodus, when the Lord, represented in the form of the burning bush, told Moses to speak, he questioned whether that he could do it, asking the Lord to pardon him because he was never eloquent, and “slow of speech and tongue.” But through the Lord, he and his brother Aaron were able to command Pharaoh to let his people go.

Moses used his gift of speaking, despite his argument otherwise, and was able to speak through the word of the lord.

So, to conclude, how are you using the spiritual gift God gave you? Consider another Gospel passage, as well as something Pastor Mike says that the end of the service. This comes from Matthew 5:14-16.

“You are the light of the world. A town built on a hill cannot be hidden. Neither do people light a lamp and put it under a bowl. Instead, they put it on its stand, and it gives light to everyone in the house. In the same way, let your light shine before others, that they may see your good deeds and glorify your Father in heaven.”

We are that light, and we must use our spiritual gifts as such. If we hide it, or in this case put it under a bowl, we can’t do that thing that shows who God is. God gave us this gift so that we can let it shine, and can praise the Father in heaven who gave it to us. Do not take your gift for granted. Use it, and let it be a blessing to others, so we can do what we are called to do, to be salt and light.