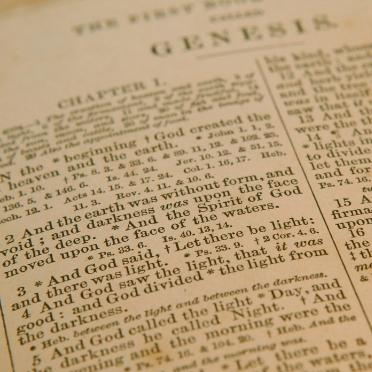 Harvard is the oldest institution of higher learning in the United States. The college was founded in 1636 to train young men for the clergy. Since over 17,000 Puritans had migrated to North America by this time, Harvard was established with the anticipation there would be a great need for ministers to preach the gospel in the new Colonies. The purpose was mission-minded: to help establish a “church in the wilderness”.

The original mission statement of then Harvard College states:

“Let every student be plainly instructed and earnestly pressed to consider well the end of his life and studies is to know God and Jesus Christ, which is eternal life, and therefore to lay Christ in the bottom, as the only foundation of all sound knowledge and learning.”

Originally called “New College”, it was renamed after Puritan minister John Harvard, who left the college his books and half of his estate. The early motto of Harvard was Veritas Christo et Ecclesiae, meaning “Truth for Christ and the Church”. Students were required to show that they could read the Old and New Testaments from their original language into Latin in order to earn a bachelor’s degree. For the next 70 years, every president of Harvard College was a minister.

Fast forward over 300 years to 2021. Harvard University’s organization of chaplains has just elected Greg Epstein, an atheist, to be its president. A chaplain is the person who is responsible for the religious needs of an organization. Webster defines a chaplain as “a person chosen to conduct religious exercises (as at a meeting of a club or society)”. This proves that both atheism and humanism are, indeed, religions.

According to an article in the New York Times, Greg Epstein has been the school’s humanist chaplain (yes, humanism is a religion) since 2005. He is the author of the book Good Without God and is considered to be the leading factor in the humanist movement, a secular, values-based philosophy that focuses on people’s relationships with each other instead of with God. Epstein is quoted as saying, “We don’t look to God for answers. We are each other’s answers.”

To be clear, Greg Epstein is not the only chaplain at Harvard University. The school has over 40 chaplains, including Muslim, Christian, Jewish, Unitarian, and others. You can see the full lineup of chaplains at https://chaplains.harvard.edu/people?page=2. As a chief chaplain, Mr. Epstein will coordinate activities among the various religious groups, facilitating an atmosphere where those with conflicting beliefs can work together to provide the students and faculty with spiritual guidance.

Yet here is the question that we should be asking: how did Harvard, which began as a training ground for young men to preach the Gospel of Jesus Christ, get to this point? The answer is simple: gradually. It reminds me of the old joke: How do you eat an entire elephant? One bite at a time.

As mentioned earlier, until 1707 every president of Harvard was a Christian minister. After that, laymen were elected to that position, bringing a slow change to the philosophy of the school’s education and purpose. By the 19th century, Unitarianism, a precursor to secular humanism, became the driving philosophical force that would lead Harvard to become a secular institution.

Secular humanism is a direct outgrowth of Harvard’s Unitarian philosophy. The basic definition is the belief that humanity is capable of morality and self-fulfillment without belief in God. It is based on the notion that humanity is inherently good and morally perfectible. With humanism becoming its foundational belief system, Harvard’s education philosophy soon shifted from being God-focused to humanity-focused. Other colleges followed suit, and soon secular education rose to prominence in our higher institutions of learning. This is why humanism has become the major force in the public school movement.

Thinking on this reminds me of what Paul wrote to Timothy in 2 Timothy 4:1-5:

And so I solemnly urge you before God and before Christ Jesus—who will someday judge the living and the dead when he appears to set up his Kingdom — to preach the Word of God urgently at all times, whenever you get the chance,
in season and out, when it is convenient and when it is not. Correct and rebuke your people when they need it, encourage them to do right, and all the time be feeding them patiently with God’s Word. For there is going to come a time when people won’t listen to the truth but will go around looking for teachers who will tell them just what they want to hear. 4 They won’t listen to what the Bible says but will blithely follow their own misguided ideas. Stand steady, and don’t be afraid of suffering for the Lord. Bring others to Christ. Leave nothing undone that you ought to do.

The idea that humanity is capable of saving itself sounds noble to the secular ear, but to anyone who knows history it is foolishness. The 20th century shows how ridiculous this idea is. After all of the advancements in education and technology we have achieved in the 5,000 years of recorded human history we would think that we would have figured it out by now. But in the last century humans killed over 150 million other humans in war, human-caused famine, and other forms of violence. We are getting worse, not better.

As followers of Jesus we need to stand firm on the truth of God’s word. The world wants to hear a different gospel — a human-centered gospel that puts humanity as the moral and ethical authority to govern our souls. While this satisfies an unbelieving world, we know that it is utter foolishness. Humanity is lost. Our hope is found only in Jesus Christ. He alone can save our souls, and in him alone do we put our trust. Let us, therefore, keep our hearts and minds focused on our Lord.