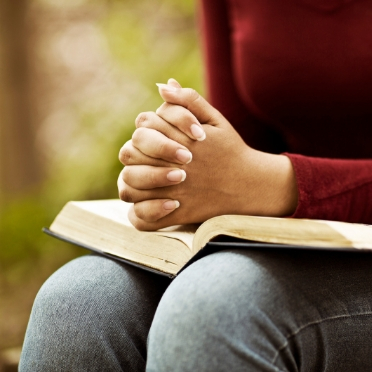 In an upscale neighborhood of Chicago, a young married woman – popular, intelligent, wealthy – found herself overwhelmed by the headlines she read every day. Finally, she went to a neighbor and said, “Mary, you can laugh if you like or say no if you want, but would you consider meeting with me once a month, just the two of us, to pray for the world?” Her friend was startled but answered her seriously, “Let’s make it once a week.” And so these two women get together for weekly prayer. As the months went by, they invited others to join them and before long, they had a fully functioning prayer group.

One day one of the women asked, “I wonder if I might share something personal?” She told the group about certain marital difficulties she was having. Other women expressed similar problems, and that day, the group did what it could to help its own members. Their prayer focused on their own needs. It quickly became evident to these young women that they could not hope to reform the world unless they began with themselves. They invited their husbands to join the group and help them to combat the immorality that was the cause of so many of their personal problems. The results were so far-reaching that the entire community changed!