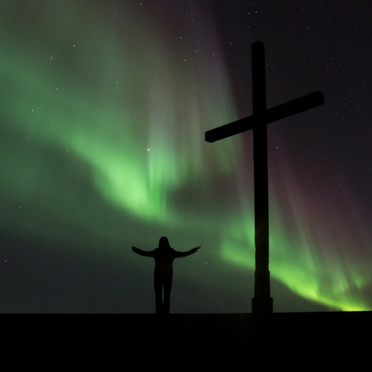 The South San Francisco Ministerium hosted a virtual Promise Keepers convention on Friday, July 31 & Saturday, August 1. The event was held at Message of Peace Church, and there were about 25 men who attended. It was a blessing to be able to safely congregate with fellow believers during the current COVID-19 lockdown.

The purpose of Promise Keepers is to bring about revival in our churches and in our world by calling men to bold and courageous leadership. Their website states,

More than ever, America needs a revival of godly men. Our nation faces problems that can only be overcome when men of integrity — promise keeping men — fulfill their destinies as godly husbands, fathers, and leaders. Promise Keepers is here today to reunite, rebuild, re-imagine, and inspire the hearts of men.

One of the featured speakers was Steve Berger, the founding pastor at Grace Chapel in Franklin, Tennessee. Actually, Pastor Berger is best known as a former professional mixed martial artist who fought in the UFC. Don’t you wish you had a cool pastor like that?

Pastor Berger’s sermon was titled A Call to Repentance. He mentioned America as being a county blessed by God — a country that enjoys tremendous liberty, prosperity, and security. But he also mentioned that we can see more and more how our nation is moving away from God’s laws and God’s standards. The evidence of this is clear:

We all love our country. The U.S. has provided freedom and opportunity for more people than any nation in the history of the world. Yet we can see that there is something very wrong in our country, something that politics, policies, prosperity, and protesting cannot fix. The problem in our country is not the Republicans or Democrats. It is not President Trump or Speaker Pelosi. The issue that plagues our nation and every nation on the planet is sin, and no political or economic structure can solve this problem.

The solution to our nation’s problems, and the world’s is Jesus Christ. This is why God has established His church: so we can bring the gospel message of salvation through Jesus Christ to all peoples and all nations. The Great Commission Jesus gave his disciples in Matthew 28 to go and “make disciples of all nations” is still our commission today.

But there is something wrong with the church in America.

There are over 300,000 churches across the U.S. In Pew Research Center telephone surveys conducted in 2018 and 2019, 65% of American adults describe themselves as Christians when asked about their religion. Think about that for a moment. There are approximately 330 million people in the U.S. If 65% identify as Christians, that means there are over 200 million Christians in our country. How can a nation with over 200 million Christians and over 300,000 churches lead the world in murders, rapes, violent crime, divorce, drug addiction, pornography production, antidepression usage, and be second in the number of abortions?

The problem is obvious: the church in America is failing. Where are these 300,000 churches?

Where are these 200 million Christ-followers? What happened to the Great Commission? Has the church become so inward-focused and tradition-focused that we have forgotten our purpose?

When asked why his disciples did not hold fast to certain traditions of the Law of Moses, Jesus replied:

“Isaiah was right when he prophesied about you hypocrites; as it is written:
‘ These people honor Me with their lips, But their hearts are far from Me.
They worship Me in vain; their teachings are but rules taught by men.’”
And he said to them: You have a fine way of setting aside the commands of God in order to observe your own traditions!” (Mark 7:6-9)

Could it be that the church in America has “set aside the commands of God in order to observe our own traditions”? Are we so inward-focused that we have forgotten our calling? Jesus created his church to be salt and light in a world devoid of flavor and lost in darkness. Our purpose is not to build big churches, but to lead others to Jesus.

We have a mission, a purpose, a commission from the Lord himself to carry the gospel message into the world and to let people know that there is hope in the Lord. Jesus called us to change the world by bringing the Kingdom of God to every nation. This mission is the mission of HCOG.